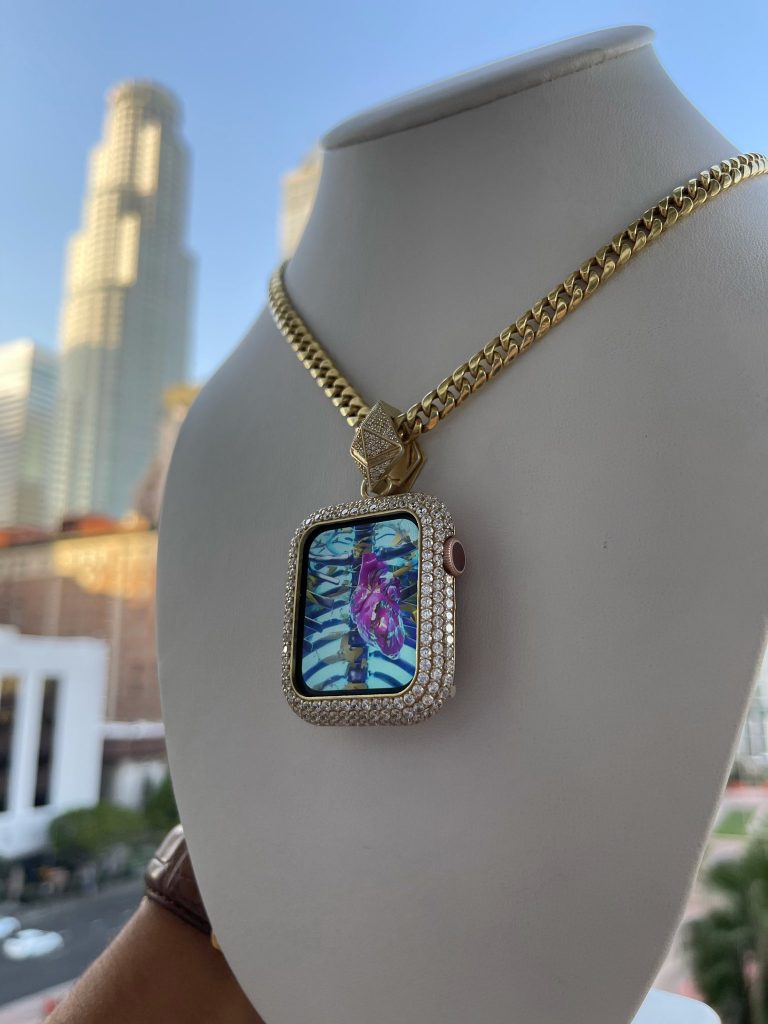 I recently had the distinct pleasure of interviewing Eduardo Jaramillo aka the NFT Jeweler for The Defiant. His recent reveal of a high-end pendant studded with diamonds on a 24k gold chain caught fire on his Twitter and Instagram accounts. Since then he’s had to pull back a bit on social media due to “all the love” he was getting but he’s used his time well and shown a social marketing savvy as well as an imaginative approach to displaying NFTs as wearables.

I believe he’s opened up a whole new wearable tech category. Till now, except for the use of lightweight LED screens in futuristic fashion shows and DIY circles, wearable tech has focused on screens for the wearer providing data and entertainment. Eddie flipped that formula taking an iWatch and using it as a pendant display screen. The back remains accessible for repair and recharging. Of course, the images themselves can be updated via one’s iPhone.

The NFT Jeweler With His Mentor Edwin A. Chavez

Eddie’s at the beginning of his journey and I am happy to have written about it for The Defiant. I look forward to following his progress and updating this tale at a future date. He’s a fine young man with a bright future. He’s going to have a lot of competition but, as I note in The Defiant, “he will be recognized as the innovator that launched the NFT wearables movement from a modest jewelry workshop in Los Angeles.”