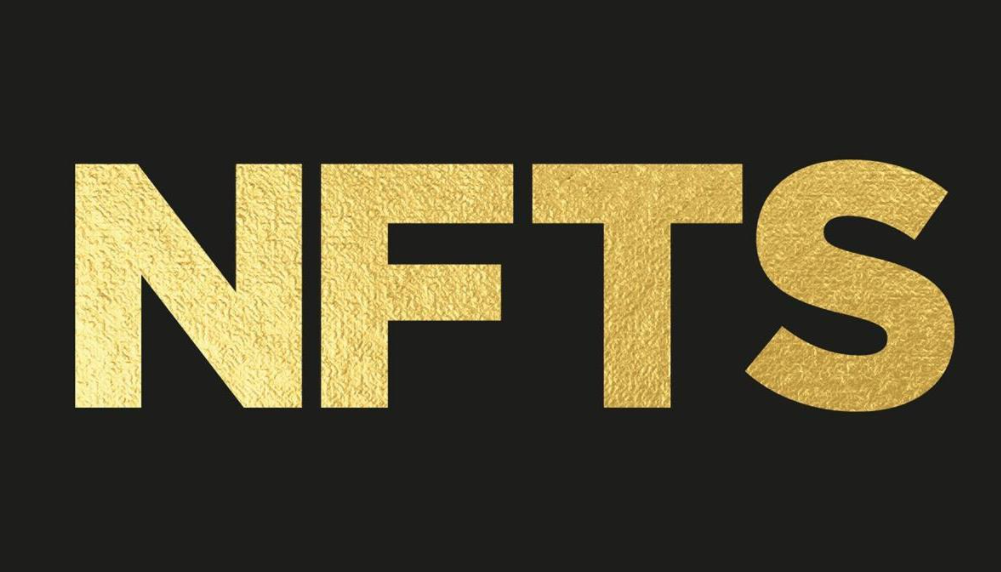 No, Not the National Film and Television School!
We’re talking non-fungible tokens, don’t you know.

Recent discussions on Twitter regarding Facebook’s potential routes into NFTs point to an inevitable future in which major tech companies join the fray. There are multiple possibilities for Facebook whether it wants to do it all itself or acquire a turnkey operation outright. The fact that its original cryptocurrency plans have been scaled way back lend some uncertainty but, given the level of commitment to date, it seems likely there is more blockchain-related action ahead from Facebook.

I dropped into multiple Facebook/NFT Twitter conversations via @fluxresearch, which is where I interact most with cryptoartists. The discussions I encountered focused on which NFT platform Facebook might buy. At the time I thought it was more likely that it would add NFTs to Instagram:

And I wasn’t the only one thinking that way: 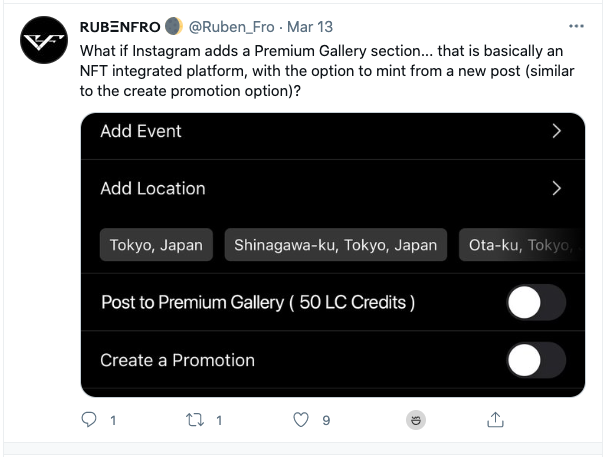 Both RUBENFRO and h. scott roth had been considering the possibilities:

But then it struck me that Facebook could also make a major acquisition of a company like Dapper Labs which created not only CryptoKitties and NBA Top Shot but also the Flow blockchain.

Dapper Labs created Flow, in part, because its early success with CryptoKitties revealed the then current limits of the Ethereum blockchain. But clearly it saw that essentially having its own blockchain, not limited to NFTs but designed with NFTs in mind, was a particularly strong position moving forward.

Facebook is known for major game-changing acquisitions which allow it a dominating presence in a particular sector. Given it bought WhatsApp for a final ticket price of $22 billion, Dapper Labs looks pretty affordable. As noted in the most recent NFT Funding Report from NFT Entrepreneur, Dapper Labs’ recent raise of $305M brought its total raise to $357M and its total valuation to a possible $2.6 billion. Facebook could afford a hefty premium to gain a strong controlling position in one of the few blockchain ecosystems that can succeed regardless of the success of Ethereum.

Facebook would not only gain control of the Flow blockchain in a period before its long-term trajectory is fully established but, in doing so, control the blockchain that is arguably most attractive to big brands. Having both CryptoKitties and NBA Top Shot as part of the package gives Facebook ownership of the two most well-known NFT projects plus a partnership with the NBA, the UFC and others in progress. Investors in Dapper Labs also include a broad array of public figures in entertainment and sports. That’s a lot to gain at any likely price tag.

So what if Facebook decided to focus on adding NFTs to Instagram? As h. scott roth noted on Twitter, Instagram images are reduced quality and that raises issues for past posts. But, beyond that, it seems like an add-on feature powered by a blockchain-based platform largely independent of Instagram makes it doable with Instagram otherwise functioning as is. Such a move might give Facebook’s future cryptocurrency efforts an additional use case which would connect its blockchain-related activities to date.

However, adding NFTs to Instagram is a powerful move regardless of how it ties into the current Diem project. Of all the social photo networks and art portfolio sites, Instagram appears to be the one most NFT artists are using based on my experiences on Instagram and artist profiles at CryptoArtNet. In addition, there are a huge number of people on Instagram that would be interested in an easy on-ramp to NFTs even if they have yet to discover them.

InstaNFTs could also be given special promo status on Facebook and WhatsApp. Having its own platform with artists and photographers from all levels of the game with accounts and content ready to go would be a powerful position at launch. But, what if, instead of building its own blockchain to support InstaNFTs or using whatever solution is finalized for Diem, Facebook acquires Dapper Labs and powers InstaNFTs on Flow?

Facebook has put a lot into Diem but that doesn’t mean it’s committed to its infrastructure for all its future blockchain plans. Diem’s already scaled back quite a bit and lost a lot of FB employee leadership to other projects as well as partners who originally signed on when it was Calibra. In the process, Facebook’s learned a lot and already knows the power of acquiring a much loved digital product. So the Flow ecosystem would be mighty tempting for content-related efforts.

Acquiring Dapper Labs would be much more than an acquihire. Facebook gains an ecosystem with leading products and partnerships in the NFT world. InstaNFTs could then be developed by Dapper Labs using the Flow blockchain. It would be one of those powerful moments of synergy folks used to talk about. Of course, there would be internal power struggles but that’s just part of the game.

It’s also important to recognize that NFTs would give Facebook a way of interacting with a broad range of key stakeholders. Creators beyond artists are getting into NFTs and already find Instagram useful. Brands want to turn their content into NFTs but also recognize the marketing power regardless of possible revenue streams. And news organizations, with which Facebook now has a complicated history, are getting into NFTs and they would provide a less volatile sphere for positive interaction between Facebook and the media.

Whatever Path Is Taken, NFTs Are Part of Facebook’s Future

At this point, it’s anyone’s guess as to what Facebook is likely to do except for those in the actual conversations about those moves. But while some may question whether or not Facebook would want to get into NFTs, I think it’s obvious that it will. Crypto exposes FB to issues that go far beyond simply payment systems yet it still went in. NFTs will have regulatory and sociocultural issues of their own but present a much more quantifiable and manageable set of challenges. The most likely question is how Facebook will introduce NFTs not whether it will join this game.