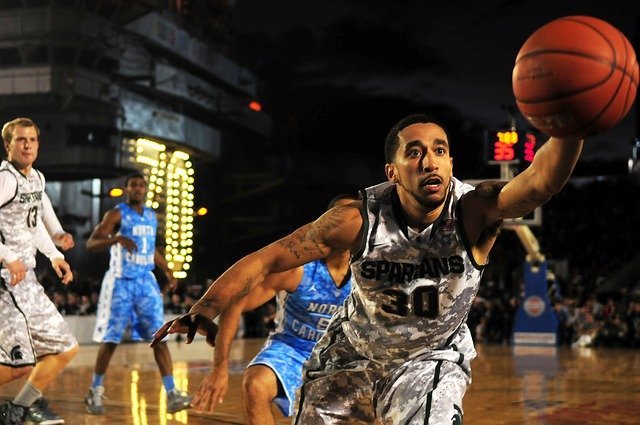 This week Jeeun Friel filed a class action lawsuit against Dapper Labs and CEO Roham Gharegozlou. The suit alleges that NBA Top Shot Moments, NFTs featuring NBA highlight video clips, are unregistered securities in the U.S. By not disclosing information required of those issuing securities and through other actions on the part of Dapper Labs, investors in Moments are claimed to have “suffered significant damages.”

While the lawsuit has many challenges ahead and may not even be certified as a class action, I maintain that, if the SEC takes a closer look using the Howey Test, NBA Moments could well be classified as securities. Such a move would create problems for many, if not all, of the most successful companies selling NFT collectibles.

The lawsuit was filed May 12, 2021 and officially received May 13. Rosen Law Firm, P.A. filed the suit in New York, New York on behalf of Jeeun Friel. Friel is a resident of Virginia whose “allegations are based on personal knowledge as to herself and her own acts,” so presumably she bought and traded NBA Top Shot Moments.

Apparently Friel also lost money in the process. Here’s the key claim made in the lawsuit:
“6. As a result of Defendants’ issuance, promotion, and sale of unregistered securities, Plaintiffs and the Class – many of whom are retail investors who lack the technical and financial sophistication necessary to have evaluated the risks associated with their investment in Moments, and were denied the information that would have been contained in the materials required for the registration of the Moments – have suffered significant damages in an amount to be proven at trial.”

The above information and all statements quoted from the lawsuit are taken from this document: INDEX NO. 653134/2021.

Additional documents filed in the suit can be found here on the New York State Courts Electronic Filing site.

Search the file system yourself by choosing “Search as Guest” in the left sidebar.

You can join the class action and should also be able to keep up with progress of the lawsuit via The Rosen Law Firm’s dedicated page which also links out to its social media accounts.

Regardless of the merits or outcome of this particular legal action, I believe this suit will alert the SEC to the possibility that NBA Top Shot’s Moments are unregistered securities. Given that the SEC’s past actions against cryptocurrency companies have focused on high profile companies with lots of money, Dapper Labs would be a choice target to begin regulatory action in the NFT space.

As I pointed out in an NFT Entrepreneur website post on NFT legal issues, SEC Commissioner Hester Peirce discussed NFTs as potential securities. Her statements should be taken as fair warning especially if her proposal to institute a safe harbor provision that would give companies time to come into compliance with relevant rulings without penalty is not instated.

If this case and the subsequent media coverage, given it indirectly involves the NBA, pushes the SEC to action it will not be limited to NBA Top Shot alone. If you consider my argument below that Moments are securities, you’ll see that same logic extends to Larva Labs’ Meebits and many generative art projects that are dependent on a company’s ongoing support to exist and rise in value.

NFT art platforms that do not fractionalize NFTs may well be in the clear based on the Howey Test. However, Nifty Gateway does seem like a likely target for consideration by the SEC.

Focusing on the Case for Moments as Securities

There are a lot of details in this lawsuit but it may not even get to court. Rather than focusing on such issues as where it should be filed, how terms of service affect the situation and how legal counsel is interpreting the issue, I want to focus on the definition of securities, the Howey Test and the concept of investment contracts as applied to Moments.

If this suit makes it to trial, I’m sure it will be dissected by other writers and analysts. Michael McCann and Jacob Feldman at Sportico are off to a good start.

The lawsuit itself focuses on the Howey Test and the case for the existence of an investment contract. From that perspective, Moments do look very much like securities. Twitter critics that are scoffing at the notion seem unlikely to have looked very closely at the lawsuit, which lays out a solid argument for this claim, or the documents on which this claim is based. If they had, they might still disagree but would not be so dismissive out of hand.

The basis for classifying Moments as securities primarily relies on the Securities Act of 1933, the Howey Test and the Framework for “Investment Contract” Analysis of Digital Assets. The Securities Act provides the definition of securities as including investment contracts. The Howey Test provides multiple elements that, taken as a whole, reveal the existence of an investment contract. The Framework discusses their application to digital assets.

From Investor.gov: Securities Act of 1933

FindLaw: What Is the Howey Test?

Since the SEC’s document, Framework for “Investment Contract” Analysis of Digital Assets, applies the Howey Test to digital assets, I will focus primarily on that document. All quotes below are from that document unless otherwise noted.

The concept of an investment contract as defined by the Howey Test has been widely used in U.S. legal cases to “determine whether unique or novel instruments or arrangements, such as digital assets, are securities subject to the federal securities laws.”

The FindLaw article has a readable summary of the Howey Test which states:

The Framework for “Investment Contract” Analysis of Digital Assets from the SEC, henceforth known as “The Framework,” sums up the Howey Test in three elements with the third having three subsections:

A. The Investment of Money

Moments clearly involve an “Investment of Money” in that the “digital asset is purchased or otherwise acquired in exchange for value, whether in the form of real (or fiat) currency, another digital asset, or other type of consideration.”

The lawsuit against Dapper Labs make the argument that many purchasers of Moments consider their purchases to be an investment. It’s not hard to find supporting evidence on Twitter for that claim. But what makes it an investment is not the use of the term but the fact that Moments are purchased, resold or traded in exchange for money or other Moments.

The concept of Common Enterprise could use some fleshing out. As Findlaw notes: “The term ‘common enterprise’ isn’t precisely defined, and courts have used different interpretations.”

The Framework states:
“In evaluating digital assets, we have found that a ‘common enterprise’ typically exists.”

And then refers to Footnote 11:
“Based on our experiences to date, investments in digital assets have constituted investments in a common enterprise because the fortunes of digital asset purchasers have been linked to each other or to the success of the promoter’s efforts.”

However, in Section C, The Framework points out:

“Usually, the main issue in analyzing a digital asset under the Howey test is whether a purchaser has a reasonable expectation of profits (or other financial returns) derived from the efforts of others.”

It seems that the SEC is indicating that the most relevant facets of the concept of Common Enterprise are revealed when determining “Reliance on the Efforts of Others.” However, unless a lawyer comes out and states something clearly, their language is not always our language.

Since the SEC comes right out and states that the “main issue” is “usually” found in Section C, let’s focus there.

C. Reasonable Expectation of Profits Derived from Efforts of Others

So the key question:
Does the purchaser have a “reasonable expectation of profits (or other financial returns) derived from the efforts of others?”

Purchasers of Moments can be said to have a “reasonable expection of profits” when “selling at a gain in a secondary market.” That was pretty easy. A huge part of the online discussion regarding NBA Top Shot involves valuing Moments and making money by selling those moments on the secondary market.

In Subsection 2: Reasonable Expectation of Profits, this already obvious conclusion gets underlined in detail by pointing out that the “more the following characteristics are present, the more likely it is that there is a reasonable expectation of profit.”

Key characteristics include the opportunity to “realize gain from capital appreciation of the digital asset.”

As the valuation of Moments rises, gain is realized by transferring or trading Moments through NBA Top Shot’s secondary marketplace, the existence of which is another characteristic.

Reliance on the Efforts of Others

Let’s come back to Reasonable Expectation of Profits after examining Subsection 1: Reliance on the Efforts of Others. This concept focuses on a “promoter, sponsor, or other third party” (Dapper Labs) that “provides essential managerial efforts that affect the success of the enterprise.”

When purchasers (aka investors) “reasonably expect to derive profit from those [managerial] efforts, then this prong of the test is met.” In essence, the combination shows Reasonable Expectation of Profits Derived from Efforts of Others.

Subsection 1 further clarifies the characteristics of Reliance on the Efforts of Others.

Which brings us back to Subsection 2: Reasonable Expectation of Profits.

Dapper Labs’ operation of NBA Top Shot and Moments clearly satisfies a large number of the characteristics necessary to indicate that Moments are securities when the definition of investment contract is taken into account.

However, Subsection 3: Other Relevant Considerations does include specific characteristics that would support a counterargument.

If you dig deeper into The Framework you’ll see that I’ve skipped over numerous characteristics that seem well-phrased for cryptocurrencies but not clearly relevant to NFTs. That’s not so surprising given that the SEC has now conducted numerous regulatory actions related to crypto but none related to NFTs.

Undoubtedly, there will be an update or a new document that provides further clarification regarding NFTs after they’ve run a few companies through the ringer.

So Are Moments Unregistered Securities?

Yes on both counts.

Sick of this legal chatter?

You might try pondering the mysteries of CryptoPunks and Meebits, brainstorming NFT Business Ideas or studying NFT Research Reports.

See you next time!