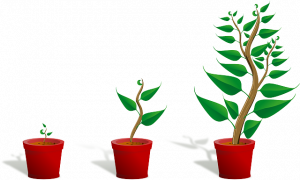 Emerging from the crypto landscape, NFT startups have access to a variety of innovative funding approaches including Initial Coin Offerings and blockchain grant programs. However, this first funding report from NFT Entrepreneur is a news roundup of a more traditional approach, investments from VC firms and angel investors.

Future issues will include a look at accelerators funding NFT startups as well as alternative approaches taken by NFT-related companies.

“A private funding round of $100,000 is going to help to drive the marketing of not only Bear Games’ initial NFT offering but also its first DeFi NFT gaming DApp idea, Bear Navy vs. Pirates.”

“DeFi and NFT gaming platform Bear Games announced on Feb. 14 that it had completed a $100,000-private funding round. The funds raised will help to develop further what the decentralized platform describes as the ‘Games and Gain’ gaming platform.”

Bear Games is currently sorting out an Initial NFT Offering with updates via Twitter.

“By the end of the sale we were 10x oversubscribed and we want to thank everyone whose interest led to our project raising $1.2M USD in funding.”

“ChainGuardians is a blockchain meets superheroes gaming ecosystem built on the Ethereum blockchain…ChainGuardians has the world’s first NFT Mining Platform and awe-inspiring artwork which propels the setting of the game.”

“With Charged Particles, any NFT can be transformed into a basket containing other ERC-20 tokens, even other NFTs. The Principal amount can be time-locked inside the NFT, and through an integration with Aave’s aTokens, programmable yield from these DeFi yield-generating assets is just a few clicks away.”

“The round is led by The LAO and is joined by ParaFi, CoinGecko, LongHash, MoonWhale, D64, Fourth Revolution Capital and Nalu Fund.”

Rarible raises $1.75 million from 1kx, CoinFund, ParaFi, and Coinbase to build the next generation NFT marketplace
Rarible on Medium (2/3/21)

“We are excited to announce that Rarible has raised a $1.75 million seed round. The round is led by 1kx, who is joined by ParaFi Capital, Coinbase Ventures, Rarible’s pre-seed investor CoinFund, MetaCartel Ventures, and Bollinger Investment Group. The group of angels in the round include Loi Luu, Michael Dunworth, Donna Redel (NY Angels) among them.”

“As we pass through Crypto Spring it’s time for Base Camp to support the next 11 companies in our cohort running January – May 2021 we’re kicking off with a number of firsts. Our first investment going to a team on the African continent, our first Outlier Ventures spin-out in Base Camp, and, unusually for an accelerator, an investment into a startup studio.”

Terms:
Outlier Ventures are looking for applications for Base Camp 4!
Blockchain Game Alliance on Medium (10/6/20)

“Up to $200k total funding available per team”

Upcoming issues of NFT Entrepreneur will consider such NFT startup funding topics as accelerators, VC funds and alternative funding methods such as ICOs.