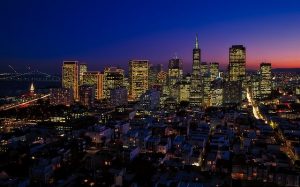 Numerous indicators revealed the early 2021 boom in NFT Land. Sales took off, prices rose, celebs popped up, Google searches broke out and new artists and collectors swarmed platforms and social media. Along the way the NFT media landscape also transformed from the niche of crypto news sites to mainstream media coverage. In the process, crypto media outlets are being overshadowed in such promo centers as Google News.Up through the end of 2020 one could readily track the growth in NFT activity and, to a certain degree, identify the forces at work laying the foundation for the coming boom. Various pundits and analysts, including this writer, discussed what elements might take NFTs mainstream. A huge wave of interest for the time washed through in the fall as prelude to the now seemingly inevitable shift from obscure blockchain sector to next big thing following DeFi’s potent emergence in 2020.

At first it seemed that the movement of celebs into the space, from noted EDM musicians collaborating with visual artists to high profile business people such as Mark Cuban, Elon Musk and Gary Vaynerchuk, were the big growth triggers. Yet daily internet searches for NFT, monthly sales of crypto art, landmark events like Christie’s Beeple sale and new collectors flooding NBA Top Shot all helped reveal that the 2021 boom is a complex event.

It’s not just a couple of big butterflies flapping their wings. It’s a huge network of interacting butterflies creating a phase shift that some are prematurely calling a bubble.

Bitcoin’s ups and downs have long driven mainstream media coverage of the blockchain world. 2017’s crypto explosion expanded coverage for a big moment but by 2018 that coverage receded to blockchain use cases and technological developments chronicled mostly in the business and tech press. CryptoKitties gave us the first glimpse of the potential of mainstream interest in NFTs and the media coverage that would both follow and then drive even more attention to CryptoKitties.

A timeline of media coverage of the current NFT boom would properly begin in 2020 with a shift from crypto news sites to a widespread array of mainstream outlets due to seemingly singular events often tied to new record-setting sales. But in late December and early January media coverage began steadily rising in preparation for a huge spike in February that has continued at an unprecedented level.

Until 2021, those of us involved in NFT-related activities, from blockchain games to crypto art, had to settle for scattered coverage in crypto media and occasionally beyond. High sales prices and periodic investments caught attention. Intermittent attempts to answer the twin questions, “What the heck is an NFT?” and “Why do people care about NFTs?” appeared. But, despite standout moments such as CoinTelegraph Magazine’s Crypto Art Week and NFT Week, crypto media simply wasn’t getting the job done while mainstream media viewed the scene as a curiosity.

When one looks back, writing by participants in Medium and Cent, Twitter posts, Discord and Telegram discussions, podcasts and industry newsletters formed the true heart of NFT media.

While participant media and communications will continue to grow and inform developments, mainstream media is now in full takeover mode and supplanting the crypto media sector. Leading crypto sites’ previously limited coverage of NFTs put them in a weak position. Though they are now covering NFTs more thoroughly than before, with deeper attention and better writers, their late start puts them behind.

One indicator of mainstream media’s move into the land of NFTs can be revealed by a simple Google news searches for NFT. In all my recent searches the first page of results contained only one or two representatives of crypto media while major outlets such as The NY Times, CNBC, NPR, Esquire, Business Insider, Rolling Stone, The Guardian, The Verge, TechCrunch, Slate and CBS News dominated.

Assuming the popularity of NFTs has not already formed a bubble (it hasn’t) and that mainstream media outlets will continue to devote increasing resources to coverage (they will) then crypto media outlets are facing a true Innovator’s Dilemma. Their success as promo outlets for cryptocurrency-related endeavors made them incapable of recognizing the opportunity presented by NFTs. Yet, rather than being supplanted by NFT media upstarts, crypto media is facing a relatively easy takeover by mainstream media.

In the past I’ve tracked crypto art media quite closely with NFTs across the board as a supporting category. This year I’ve upped my capacity and am now tracking NFT news as fully as I can. In the process I’ve seen two particular topics receive the most attention, Beeple’s history-making Christie’s auction and NBA Top Shot’s phenomenal success.

Musicians have also gotten a great deal of coverage as a variety of acts released NFTs. In addition, many media outlets offered introductory pieces spurred by their genre, by high prices and/or by celebrities.

Below are these four categories with examples of mainstream outlets that have covered them from mid-February through early March. They give one a good sense of the breadth of mainstream coverage.

Note that Associated Press coverage quickly ramps up the presence of NFTs in both major and regional newspapers. But can we call it a pump if they cover their own NFT release?

Christie’s Beeple Auction struck a chord for its old art world meets new art world theme though, ultimately, it was about the high sales price. An historical moment for both digital art and NFTs.

Music and musicians as a larger category received quite a bit of NFT media coverage due to well-known artists in diverse genres getting into the game and, yes, Kings of Leon is a bit overrepresented here. But there’s a lot more where this came from with hip hop likely the most poorly represented in this list in relationship to known activity.

What Is An NFT?

Many introductory NFT art, music and collectibles pieces tended to include multiple examples though usually featuring celebs and/or high prices. Typically these first appeared as a follow-up to more specific news pieces but quickly became an entry point for initial NFT coverage by outlets new to the topic.

See you a bit sooner next time with a new NFT Funding issue to follow up:
NFT Startup Funding News: January 1 to February 21, 2021